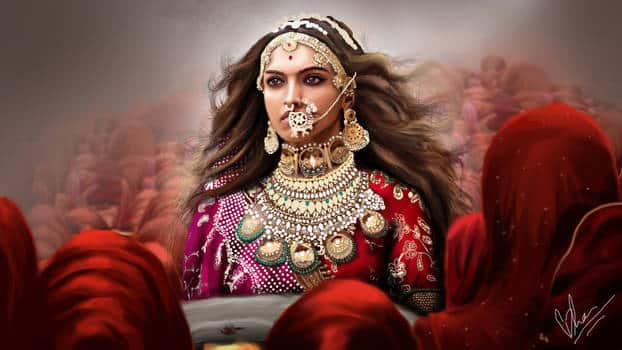 What does the movie Padmaavat teach us about entrepreneurship in India?

The last few months have been nothing short of a nail-biting, edge-of-the-seat thriller for the makers of the movie Padmavati… err Padmaavat. 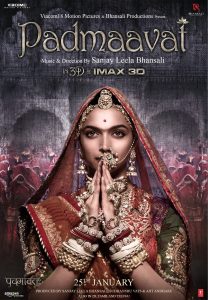 It, in fact, became the hot topic of discussion across the nation. It was almost like this was the first movie to have gone through intense reactions from various communities, political parties, et al. Well, there have been many such instances in the Indian Cinema history where a film had to go through all this and more. Some of these films never saw the light of the day, others saw it way too late. In this case, there is a chief of a caste or association who is calling the shots on whether the movie should release or not.

While most people have already given their two-cent views about the movie Padmaavat, and recently, the Supreme Court has ordered to lift the ban on the film as well; there’s still massive protest that continues to grow in specific regions. Among all the arguments, there are two key points to note. A) The said Chief has not watched the film. B) The director of the film has confirmed in writing that there is no objectionable dream sequence or any other sequence between Rani Padmavati and Alauddin Khilji. But then there are other allegations like the movie distorts history, so on and so forth.

Now the issue here is not about trying to ban the film Padmaavat. As there are examples of films that were banned in the West as well. But the whole idea of creating an uproar without even watching the movie is a little absurd. In fact, the whole idea of continuing the violent protest despite the highest court in the country lifting the ban from the film is a lot more disturbing. And that’s a rarity in the West, I suppose.

Well, here’s my two-cents about the movie Padmaavat:

History is a complicated subject. And it’s a lot to do with perspectives and versions. There are examples of so many different versions of the Mahabharat as well. Thus, the way I narrate history is likely to be different from how someone else would.

In a country as diverse as India, it is impossible to make sure that a movie of this scale doesn’t end up ruffling the feathers of any community whatsoever. With Social Media’s prevalence, every person has an opinion about everything in the world. It’s like we all are the judges of what’s right and what is wrong. It’s so easy to write-off anything today. It’s so easy to create a clash between various groups and ideologies. It’s so easy to have unhealthy ideologies and convey every single ideology

Finally, as a nation, we are a little cynical about everything. We are a bit too touchy. Even when we were exposed to a crazy side of humour, The Roast, by the AIB, FIRs were rolled left, right and centre.

So, there are many such things that one can bring in perspective. But this is way beyond the movie. This episode also stresses heavily on various aspects of entrepreneurship in our country.

Here are a few key entrepreneurial takeaways from the episode surrounding the movie Padmaavat:

Entrepreneurship is as complicated as history. A movie like Padmaavat, for instance, might not have gone through so much turmoil in most other countries. So, there’s a lot that one can learn from this subject. One of the key challenges with an idea is to understand the target audience. When we plan to establish a business in India, it’s not a great idea to blindly follow various super-successful entrepreneurs from the West. Though a lot of basics of entrepreneurship overlap irrespective of the geographical location, there’s still a lot that doesn’t. Things work differently in our country when compared to many others. The kind of people, cultures, castes, preferences, exposure and intellects we have in our country start from one end of the spectrum and cover it all the way to the other end. So, it’s a vast We can be the perfect synonym for “diverse” in the real sense of the word. Hence, what works in the West, might not necessarily work here; for instance, the way we handle our teams. Comparatively, the West is more open to working with a flat structure. But a flat structure needs a lot of self-monitoring. And that’s an area where we are not strong in terms of our DNA. We are all used to a hierarchy. Trying to break this in our country might backfire a lot more than it would in the West. Having fewer levels of middle management like Marico is possible. But having no middle-management at all is beyond possible in a country like ours.

There’s no such thing as the perfect business plan. When things are not working as expected, we have to tweak certain aspects along the way in the interest of the business. This doesn’t mean that we should avoid having a static vision. It’s more about making some basic changes based on the new findings that we gather every single day. The makers of the film did make a few changes based on the new findings, and it seems to be working in the interest of their business, their film.

Despite the changes made to the film Padmaavat, it still faces a lot of wrath from the said community. So, here’s another critical entrepreneurial lesson one can learn from this episode. Whatever you do in the world, there will always be some people who will be unhappy with your product or service. It should, however, not impact the more significant purpose that you have. A laser-sharp focus on making sure that the majority of the audience is connected with your business can help you in the long run. Sometimes, we end up wasting a lot of energy in trying to keep everyone happy all the time. It holds good for a life lesson as well.

Perseverance and conviction are the pillars to the transformation of an idea into a film or a business. If the makers had not had the conviction, they would have never created a masterpiece in the first place. And once the movie began to face issues from all corners, it’s only perseverance that kept the makers alive. And an entrepreneur, especially a startup leader, can learn a lot from this as well.

Finally, there’s one thing that supersedes everything else. And that’s called purpose. If we’ve got our purpose sorted, we will always have the courage to fight the challenges that a business offers every single day. The filmmaker had a purpose of bringing this story to life on the silver screen. And it’s this purpose of story-telling, the purpose of creating a masterpiece is what keeps him alive, I guess. So, a purpose will ways be above everything else.

Sometimes, the most usual things around us can teach us some key business lessons. All we need to do is observe. 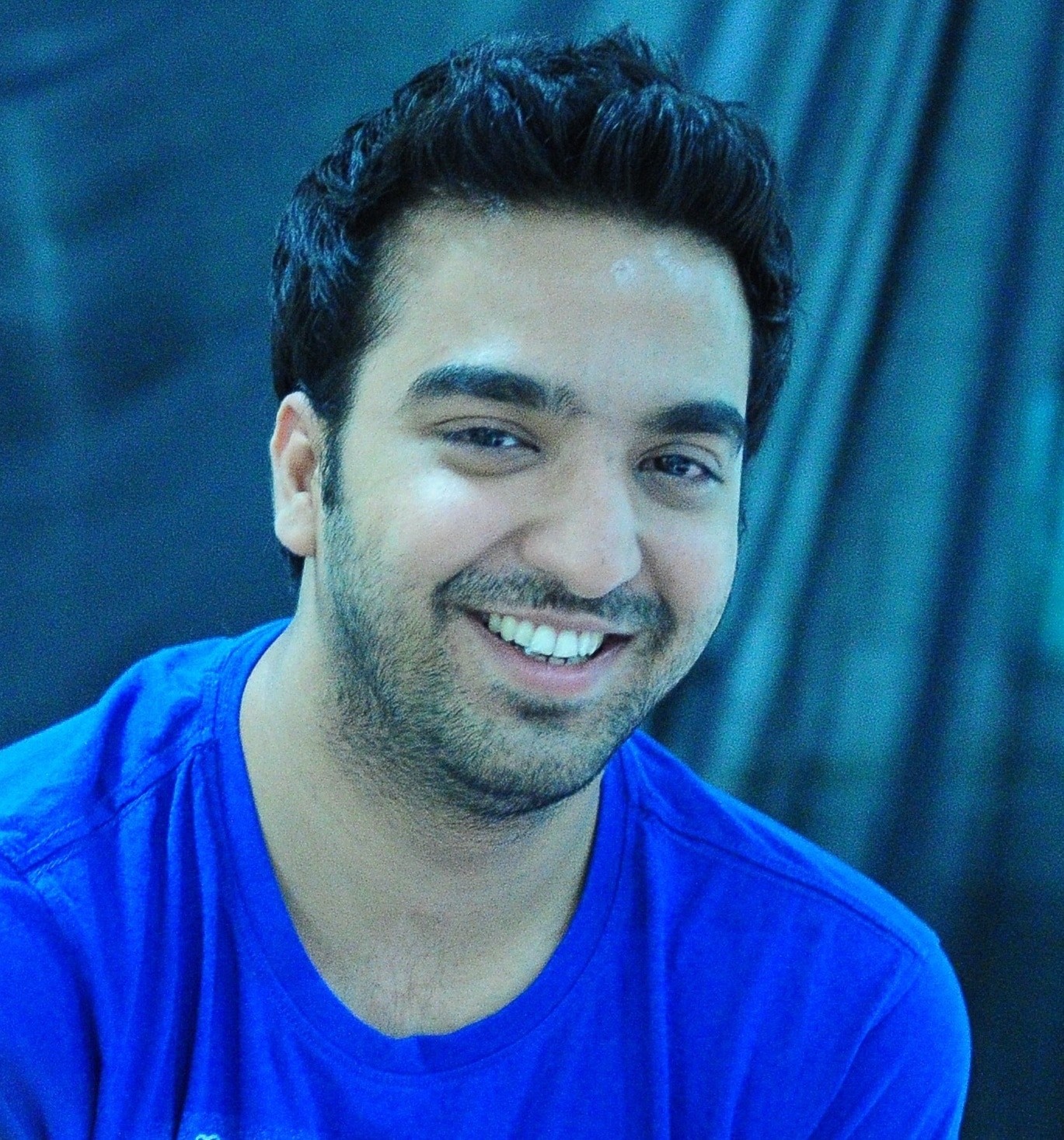 Rajive Dhavan is a serial entrepreneur, Digital Marketing Consultant, Brand Consultant, and the author of the book STFU – Start The F Up, for present & future leaders of startups. He’s got a collective work experience of over 13 years. Having launched his first startup at the age of 22, today he heads three successful companies; What’s In a Name Creatives, Namesake Productions & Just Flaunt Salon. He launched his first startup with an investment of Rs. 40,000. To know more about him, log on to www.rajivedhavan.com 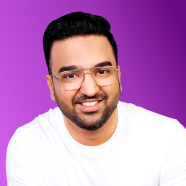